The main reasons for selecting Platform.sh were:

This combination of capabilities allows the business to reduce overall development costs and manage risk when deploying changes into the production environment, reducing the potential for revenue loss, and enabling revenue optimization changes into live during peak traffic periods, providing enormous competitive advantage.

It is a fully automated cloud solution that can cover the needs of small self-service accounts but also powers multiple dedicated cloud regions running tens of thousands of instances over multiple IaaS providers. Targeting the web application market and foremost large PHP e-commerce sites and media sites, it has been chosen as the official cloud partner of major open source projects such as Symfony, EzPublish, and Drupal Commerce. It has also been chosen by major Open Source software vendors and is now powering their SaaS offering through its technology. It has signed exclusive deals with two major European sovereign cloud providers.

Platform.sh is a VC backed startup headquartered in Paris, with three fully owned subsidiaries and employees on three continents. In its 18 months of activity it has met with explosive growth, acquiring thousands of clients from more than a hundred countries, doing as much business in the United-States as in Europe. Among its clients you can find key accounts, such as Vivienne Westwood, the British Retailer Reiss, the Canadian Football League, the British Council, Parc Asterix, Seloger.com, the German startup Flixbus, and the South-American El Universo.

Perfectly Posh is a pampering brand founded on four core principles: we simply pamper, we use the best ingredients in our products, we are made in the USA, and everyone deserves a little time to take care of themselves, in other words: You Deserve It. 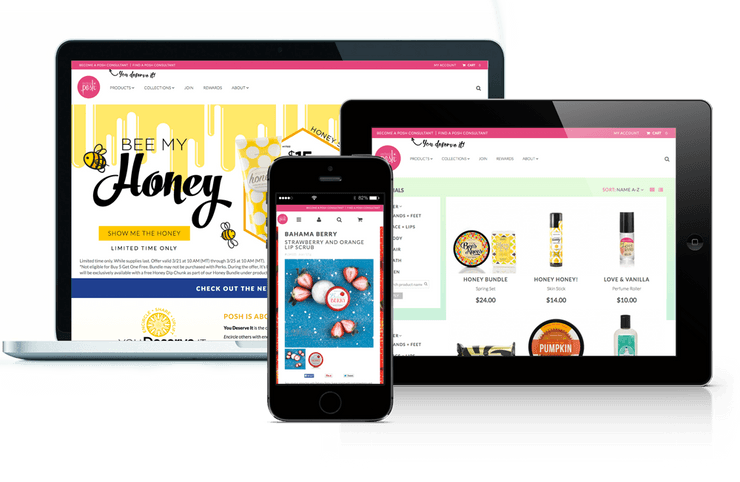