Comic Relief brings laughter and hope to the world—at scale

In 1985, British writer and director Richard Curtis, philanthropist Jane Tewson, and some of their friends came together with a shared idea and purpose: to raise money and change the lives of those living in Africa and the United Kingdom through comedy. And so, Comic Relief—most commonly recognized for Red Nose Day—was born.

The first-ever Red Nose Day hit the BBC TV airwaves live in 1988, featuring more than 150 celebrities and comedians, and raising in excess of £15 million. Over the years, Comic Relief’s mission—to drive positive change through the power of entertainment—has elevated awareness and raised funds to tackle some of the worlds’ most pressing challenges: homelessness, poverty, rights of the disabled, HIV, elder abuse, and global hunger. In its first 30 years, the organization provided more than £1 billion in grants to deserving charities, crossing the pond to the United States in 2015 to expand its reach even further. 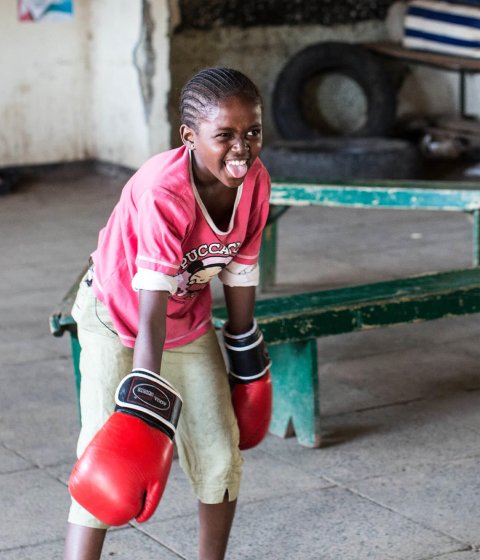 “In 2017, we went through a difficult technical architecture transformation, moving our legacy websites to Drupal 8 and generally building more engaging campaign websites.” explains Comic Relief Head of Technology Peter Vanhee. “We initially introduced our team to Platform.sh to create more preview environments, with the goal of iterating more quickly.”

Prior to adopting Platform.sh, Vanhee’s team had to rely on Comic Relief’s WebOps team to spin up a QA environment or to get changes reviewed on a QA environment, and it took days. The team reviewed multiple features at once, making it more difficult to test and subsequently merge these into a stable branch. More DevOps and QA resources were required to manage the process.

Now, through Platform.sh GitHub integration, the process is automated. Every feature gets its own environment—hugely beneficial if you have multiple developers working on multiple features at the same time. At peak times of development, Comic Relief’s feature branch usage can be up to 20 branches and associated environments.

The process for the Comic Relief team to test new changes depends largely on the development and QA required for any particular feature, e.g., improving donor experience on comicrelief.com, or optimizing the site for mobile. With Platform.sh, the tooling around setting up new environments, taking a current database from production, and applying the changes from the feature branch is, again, fully automated. It doesn’t take any longer than 10 minutes on the first commit, and only 5 minutes or so thereafter for the preview environment to be made available for manual and automated testing.

QA, product managers, UX designers, or other engineers can simply review the state of the work on a preview environment the moment a commit is made, accelerating the review process. With environments now ready in less than 10 minutes, product managers can show features to stakeholders in a very compressed window. Platform.sh helped increase individual team member productivity, enabling 85 percent of Comic Relief’s DevOps/QA resources to be reallocated to other tasks.

Previously, the Comic Relief team deployed bundles of changes weekly. With Platform.sh, they’re deploying changes every time they merge to the master branch, which happens multiple times a day. The team runs a series of tests through a staging environment before the change is automatically deployed to production with a simple Git merge. All of this happens in less than an hour after the change is merged in master.

Retain a sharp focus on the mission

With Platform.sh, Comic Relief says they have a strategic platform partner that enables them to build, launch, and operate any new Drupal site within weeks, scaling up and down as needed, flexing to support annual Red Nose Day and Sport Relief fundraising campaigns. The IUR technology choice for Platform.sh aligns well with Comic Relief’s strategic five-year plan to work smart by focusing on efficiency and effectiveness, so they can maximize the value they deliver to beneficiaries.