One of the big things that drives Drupal 8 adoption is an easy ability to "try it out." That is a fantastic Umami distribution project.

Recently, we were working on automating visual regression testing so maintainers have an easy way to check the patches.

The only thing that is needed right now is to copy patch's URL, paste it into one of the test branches in GitHub project — and in 5 – 10 minutes, you'll get a report with all visual changes that this patch brings. And even more — visual testing covers both anonymous users view and an admin as well.

The main repository is available at https://github.com/gareth-fivemile/umami-build.

As you can see, it is fairly standard Composer-based Drupal setup.

The main logic resides in composer.json file. It uses latest Drupal 8.7 dev branch, and whenever you'd like to test the patch there, you'd simply add it in "patches" section:

Platform.sh has provided an account for testing purposes. Thanks to Platform.sh out-of-the-box integration with GitHub, we have configured "tracking" on three testing branches. Once any commit lands (i.e., testing a patch), the related Platform.sh environment gets rebuilt. All logic resides in .platform.app.yaml file.

Here are the hooks that get triggered on each deployment:

So you can see that we:

The script that triggers visual regression testing jobs does a few things:

Once jobs are completed, we send a notification email. Also, the diff gets renamed based on the branch name. So it is easy to track what environment was tested and when. 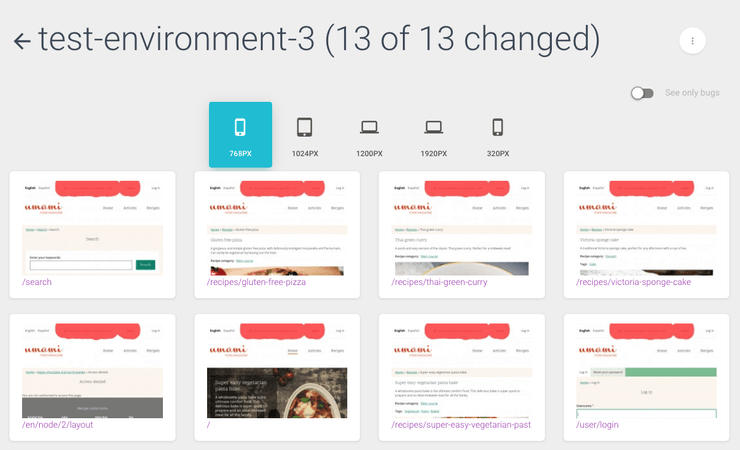 Security and passing variables from Platform.sh to Diffy

There was one very valid argument raised by Mark Conroy, what about security? We do publish admin password in public GitHub repository.

The way we solved it is by setting up HTTP basic authentication in Platform.sh and passing credentials to our script that triggers jobs. 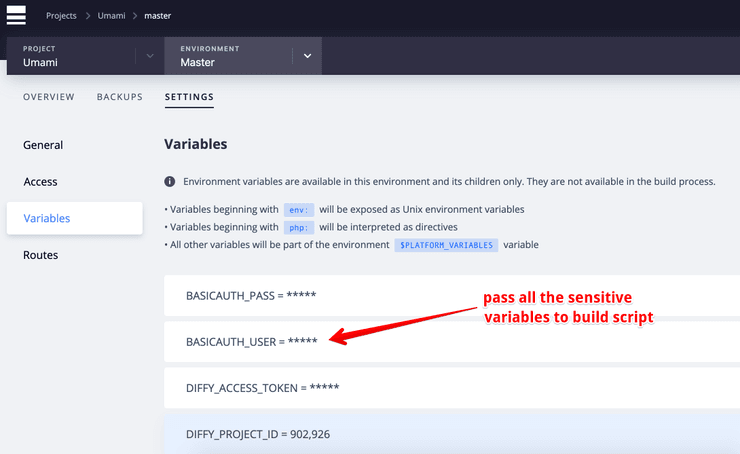 So, even with a public GitHub repository, only individuals with a password would be able to access our builds and login.

Because this setup uses Composer, it is fairly easy to use for other Drupal projects/distributions. You can test themes, modules, or any other products that have some changes in UI that you’d like to track.