Microservices in the cloud, part one

Microservices are a software architecture, where the systems are a collection of several independent services. Each service has a specific business focus and communicates with the others with a language-agnostic protocol, such as REST. The Eclipse MicroProfile initiative optimizes Enterprise Java for the microservices architecture. It’s based on a subset of Jakarta EE APIs. This post will give an overview of some best practices for working with Java microservices on Platform.sh.

Show me the context

To manage the conferences into the Latin America trip, we’ll have three microservices:

Each database has its proposal, structure, and particular behavior, so we'll use different databases according to each service. Indeed, that’s the advantage of microservices; each service can use any technology that conforms to its requirements without impacting the other services. Each microservice uses an appropriate database for its particular use case: 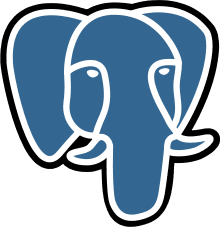 PostgreSQL (also known as Postgres). Free and open-source relational database management system that emphasizes extensibility and technical standards compliance. It’s designed to handle a range of workloads, from single machines to data warehouses or web services with many concurrent users. 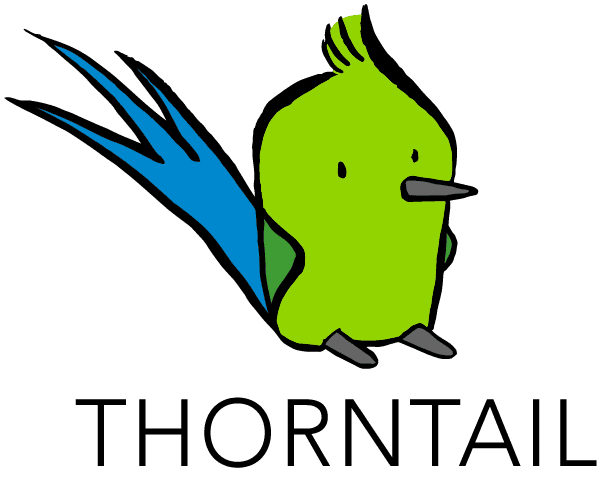 Thorntail offers an innovative approach to packaging and running Java EE applications by packaging them with just enough of the server runtime to "java -jar" your application. 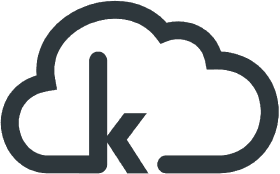 KumuluzEE develops microservices with Java EE/Jakarta EE technologies and extends them with Node.js, Go and other languages. It migrates existing Java EE applications to microservices and cloud-native architecture. 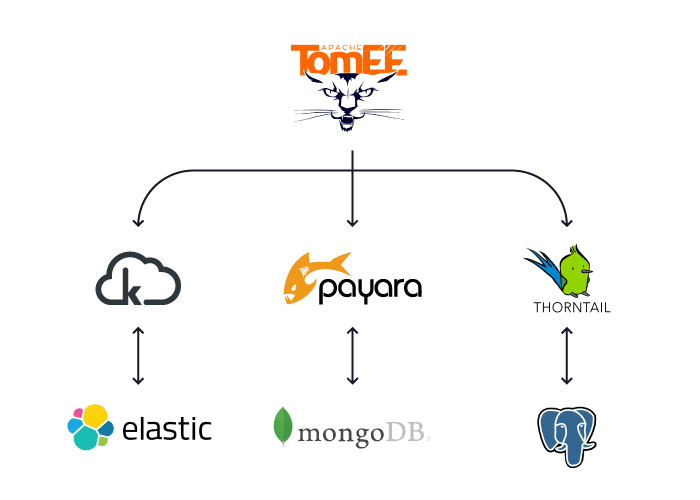 Our project has four components:

Eclipse MicroProfile and Jakarta to the rescue

The significant benefits of the Eclipse MicroProfile? Well, first, it uses standards on Jakarta EE, such as CDI, JAX-RS, and JSON-P.

To connect to PostgreSQL or any relational database, there’s a JPA specification that describes the management of relational data in applications using the Java platform. To communicate to the NoSQL databases, we'll use the Jakarta NoSQL specification (not a final version yet, but hopefully will come out soon).

On the client-side, we'll use Eclipse Krazo with an HTML 5 extension, using Thymeleaf as the template engine. At the moment, the client doesn’t have a database; it will only communicate with the services to organize the values, then show them in the browser. Therefore, it will use Eclipse MicroProfile Rest Client, which provides a type-safe approach to invoke RESTful services over HTTP.

The number of layers in an application is always a colossal discussion when we talk about microservices. Layers are essential to split responsibility and write clean code, while maintaining the several patterns built following this approach, like the MVC.

However, a vast number of layers is also hard to keep and to maintain; we need to pay attention to the delay layers. Otherwise, instead of an MVC, we're creating the onion pattern, where you cry each time you go through a layer. There is no magic formula to determine the number of layers you’ll need. Rather, it will be based on the complexity of the business rules, and how the infrastructure code can give us the cleanest architecture.

In our sample, we have three layers:

Is there a cloud? Or is there just someone’s computer?

Managing databases, code, and integrations is always hard, even on the cloud. Indeed, the server is still there, and someone needs to watch it, run installations and backups, and maintain health in general. And the twelve-factor APP requires a strict separation of config from code.

Thankfully, Platform.sh provides a PaaS that manages services, such as databases and message queues, with support for several languages, including Java. Everything is built on the concept of Infrastructure as Code (IaC), managing and provisioning services through YAML files.

In previous posts, we mentioned how this is done on Platform.sh primarily with three files:

One to define the services used by the applications (services.yaml).

One to define public routes (routes.yaml).

It's important to stress that the routes are for applications that we want to share publicly. Therefore, if we want the client to only access these microservices, we can remove their access to the conferences, sessions, and speakers from the routes.yaml file.

With the requirements set on the application YAML file, we can extract the information from the environment. Yes, we're following the twelve factors splitting the code from the config.

The good news about this information is that we don't need to manipulate or extract the data manually, and that’s why we have the configuration reader.

Using the Java configuration reader, we can read from the environment and return a client such as MongoDB, Datasource, or Elasticsearch. For example, on the conference application.yaml, we require access to MongoDB, from which we can extract and convert this information into a MongoClient instance and make it available for CDI.

Wait?! Where is the code?

To prevent this post from becoming a book, let's split it into a few parts. The first was an overview of the advantages of using microservices—why you should use them and how Eclipse MicroProfile and Platform.sh can help you make it happen. We’ve already talked about Eclipse MicroProfile, JPA, Eclipse Krazo, and Eclipse JNoSQL. You can review those posts, and, if you don’t care about spoilers, check out the code for this entire series on GitHub.

Otherwise, stay tuned for part two, where we’ll go down to the design of the code and explain it step by step.