Platform.sh is a new Platform as a Service (PaaS) from Commerce Guys, a software company with offices in London, Paris, and Michigan. Platform.sh’s purpose is to bring continuous delivery to the open source CMS Drupal.

Like all PaaS vendors, the Platform.sh team takes care of capacity, resilience, security, and all the rest of that operational malarkey for the developer. Platform.sh is new, and it’s not even out of the beta test phase yet. Commerce Guys recently received buckets of cash to roll out its new Platform.sh service, but is it ready for prime time? And if so, who will feel more at home here than with other PaaS offerings?

The first developmental stop on Platform.sh is to use the web UI to launch a new project. The launch initializes a new technical environment for a team to work in. Since Platform.sh users are agile teams, they get ready for a sprint like this:

Team members have different roles. A member may be a scrum master with the power to merge branches, a developer who makes code changes, or an external company with read-access only.

Platform.sh’s environment branches are like source code branches. The live site is copied into a hierarchy the same way a source code control system branches code.

The team ends up with a hierarchy of site copies for developers to work on. Code, databases, search engine indexes, and other software can be shifted around in this hierarchy: branches are synchronized, projects are checked out, and environments are backed up. 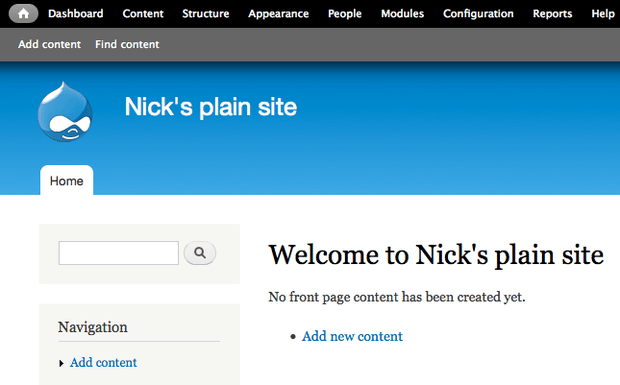 Platform.sh expects developers to use a Command Line Interface (CLI) for detailed work. A CLI tool called platform provides a domain-specific set of commands to speed up the developer’s work.

Platform.sh expects the developer to have these specialist files and PHP helper applications already installed:

The platform CLI provide lots of little shortcuts to speed up work. If a developer types in this command, he can check out code to a local project folder:

If a developer types this command within a project folder, he is logged in to the corresponding remote environment:

It’s easier than typing this:

As all lovers of auto-complete know, less is more when it comes to typing.

Platform.sh is for agile Drupal teams

Developers have been checking out code, building with make-files, and merging changes since the dawn of the Model M keyboard, but that does not mean all developers would be at home with Platform.sh. This PaaS is aimed at the modern breed of developer, used to cloud services, git pulls, and week-long sprints.

Platform.sh is not all things to all developers – it is aimed at professional Drupal developers, who work in teams and are comfortable with agile methods of development. Those are the people who will save time using this PaaS.